Here you can find television series focusing on interpersonal violence. 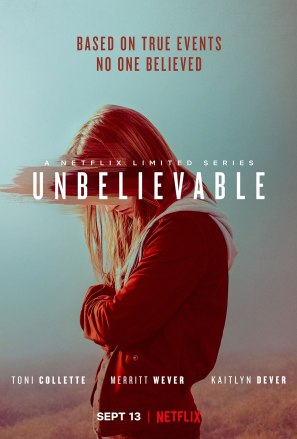 Surviving R. Kelly is a six-part docuseries that explores the sexual abuse allegations multiple women have raised against American singer/rapper R. Kelly. Season 1 is available here and Season 2 is available here. It is also available on Netflix, YouTube, and AmazonPrime.

Unbelievable, a Netflix miniseries (and dramatization of a true story), follows the story of a teenage girl who, after having been raped but not believed by police detectives, was charged with lying about what happened to her. It also follows another set of detectives’ exploration of a twisting path to arrive at the truth. See the trailer here.

You, a fictional Netflix series, follows main character Joe Goldberg, a bookstore manager and serial killer who falls in love with a customer and quickly develops an extreme, toxic, and delusional obsession. After its premiere, the show sparked online discussions regarding Joe’s stalking habits and whether they should be romanticized. See the Season 1 trailer here.

I May Destroy You is a British comedy-drama that centers a carefree, self-assured Londoner with a group of great friends, a boyfriend in Italy, and a burgeoning writing career. But when her drink is spiked, she must question and rebuild every element of her life. It is available on HBO and Amazon Prime. See the Season 1 trailer here.

If you would like to anonymously share your survivor story or read the stories of others, please visit our story-sharing platform at stories.unapologeticallysurviving.com.