What is Interpersonal Violence?

Who can experience interpersonal violence?

It is important to remember that anyone can experience interpersonal violence and that anyone can perpetrate interpersonal violence. An individual’s relationship to you (parent, significant other, friend, stranger) does not mean they cannot perpetrate violence against you. Additionally, a perpetrator being of your same sex or gender does not excuse or diminish any violence you might experience.

The Domestic Abuse Intervention Project created the Equality Wheel to describe the changes needed for abusers to move from being abusive to non-violent partners. The wheels can and should be used together as a way to identify and explore abuse, then encourage non-violent change. Si prefiere acceder a la rueda en español, haga clic aquí.

The peak of the violence is reached in this phase. The perpetrator experiences a release of tension. This feeling can become addictive, and the perpetrator may become unable to deal with anger in any other way.

The entire cycle may happen in one day or it may take weeks or months. It is different for every relationship and not all relationships follow the cycle—many report a constant stage of siege with little relief. 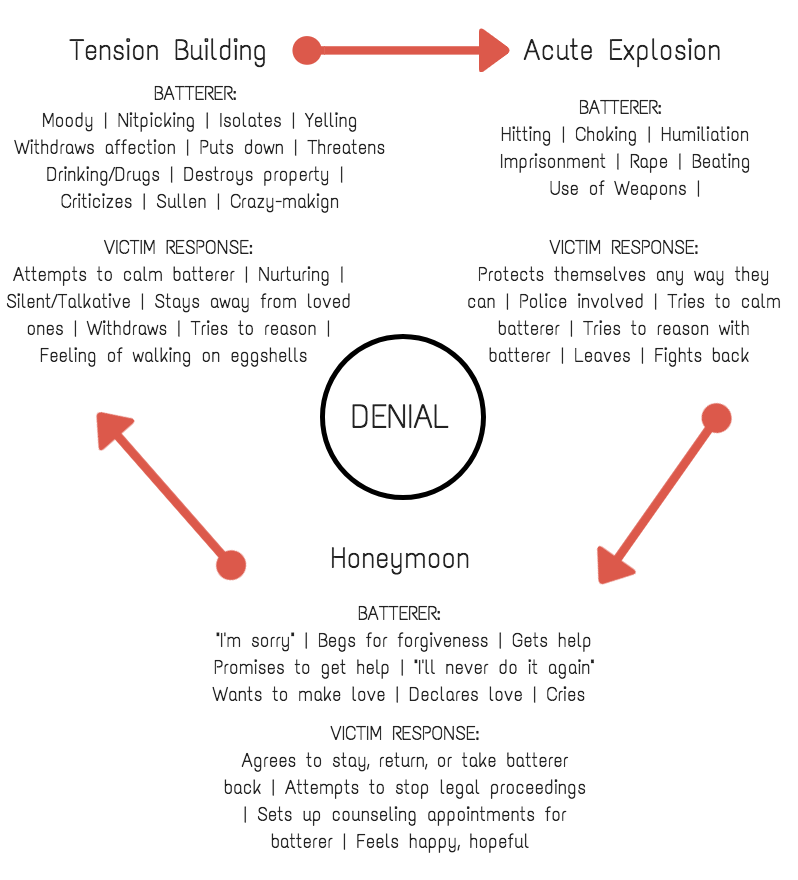